Ice Wine The Production Of The Wine What Is It?

Ice Wine The Production Of The Wine

Ice wine is a delicious and unique wine that is totally dependent on regulation to keep its authenticity. Please read below, but please be careful what ice wine is in one country and soda in another. The U.S. may be the biggest producer, but no temperature regulation exists. If they adopt the U.S. model, Germany might decline due to weather conditions. Do you think that will still hold?

German Law: German wine law allows the designation “Eiswein” (Ice wine) if the temperatures at the time of harvesting the grapes are at least 7 degrees below zero. A pre-registration of the potential ice wine areas is required, which must be submitted to the Chamber of Agriculture by 15 November at the latest.

U.S. ATF Ruling, The term “Ice Wine” may appear on labels for wine made from grapes which have been partially frozen on the vine, provided the labels bear the statements of sugar content as required above for “Late Harvest” and “Late Picked” wines.

The Bureau of Alcohol, Tobacco and Firearms has been asked to reconsider its position regarding the authorized use of specific descriptive terms on a wine label which are intended to indicate a higher sugar content for the grapes used in the wine. Presently, the Bureau allows terms such as “Late Harvest,” “Late Picked,” “Botrytis Infected,” “Pourriture Noble,” “Ice Wine,” and acceptable variations thereof, without further qualification.

27 CFR 4.39(a) of the regulations implementing Section 5(e) of the Federal Alcohol Administration Act (27 U.S.C. 205(e)), prohibits the use of any label containing a statement on a wine container which is likely to mislead or deceive consumers about the wine product therein.

27 CFR 4.38(f) of the regulations provides that labels may contain information other than the mandatory label information, provided such information does not conflict with, nor in any manner qualify statements required by any regulations promulgated under the Act.

27 CFR 240.975 defines total solids content as the degrees Brix of the dealcoholized wine.

Since terms such as “Late Harvest,” “Late Picked,” “Botrytis Infected,” “Pourriture Noble,” “Ice Wine,” and variations thereof, are subject to several different interpretations, the Bureau has determined that the use of such terms on a wine label without qualification is likely to mislead the consumer as to the identity of the wine.

Held, in accordance with the requirements of 27 CFR 4.38(f), the Bureau will approve the use of the terms “Late Harvest” and “Late Picked” and acceptable variations thereof, for appearance on labels for grape wine, provided the amount of sugar contained in the grapes at the time of harvest and the amount of residual sugar in the finished wine are accurately stated on a front or back label for the product. The amount of sugar may be stated in degrees Brix, percent by weight, grams per 100 ml or grams per liter, but must be stated in the same kind of measure for both the sugar content of the juice and the residual sugar content of the finished wine. When degrees Brix are used, the provisions of 27 CFR 240.972 through 240.975 apply.

Ice wine growers start preparing for the winter harvest already in autumn with the netting of the grapevines to protect the grapes from birds, wild boar, and other animals that love the taste of sweet grapes. After that, the waiting period starts. Namely, the temperatures must drop below freezing for several consecutive days so that the water in the grapes freezes. Depending on the wine-growing region (and thus rules that apply), temperatures need to fall to -7°C (19°F) or colder in Germany and -8°C (18°F) or lower in Canada for 3 – 4 consecutive days so that grapes keep frozen on the vines.

The most optimal temperatures for winter harvest are usually reached sometime between December and February, depending on the region, climate, and weather conditions. While in Canada, grapes for ice wine are generally harvested at temperatures between -12 and -15°C, and thus ice wine obtains 9–12% of alcohol. In Germany and other European countries, grapes are harvested at -7 °C or lower; consequently, ice wine contains a lower level of alcohol, typically 7–9%.

Most growers harvest frozen grapes by hand and often at night to guarantee low temperatures. Although ice wine grapes can be harvested with machines, most growers traditionally handpicked them, which is labor-intensive. Hence, the winter harvest workforce needs to be large enough to gather the entire crop in just a few short hours; the process from harvest to press takes around six hours.

The basic idea of the winter harvest is that the water in the grapes freezes once the temperatures fall way below the freezing point. In contrast, sugar and other dissolved solids do not freeze, which results in a smaller amount of more concentrated grape juice. After the grapes are picked, they must be pressed while still frozen to preserve the high sugar concentration.

After grapes are picked for ice wine production, they are lightly pressed into grapes must using higher pressure than grapes in the regular season. Since grapes are frozen when they come to the press, the ice (water) representing most of the mass is left behind. Thus only a tiny amount of highly concentrated and sweet juice is extracted. Only 10-20% of the original crops are ice wine.

Then the juice goes into a slow, cold fermentation, which can take 3 to 6 months, to preserve the fruit flavors and characteristics of the grape variety. Since the juice is lovely, it can become an ideal environment for the yeast, which can stop the fermentation too early. Thus the wine can be of very low alcohol and high sugar level. However, if the process is done right, the ice wine will be intensely flavored, luscious, and balance acidity and sweetness.

Where is ice wine produced?

Government regulations strictly control the whole process of ice wine production, depending on the grape-growing region. The first ice wine is believed to have been made in Germany in the late 1700s, where they are still producing it under the name Eiswein. The leading German ice wine production regions are Rheingau and Mosel. Although Germany is a homeland of ice wine, climate conditions do not allow its production yearly.

Today most of the world’s ice wine is made in Canada, where climate conditions are more appropriate for production. Most of the so-called Icewine in Canada is produced in Ontario, British Columbia, Quebec, and Nova Scotia, where its production is strictly regulated.

The third-biggest producer of ice wine by dessert wine volume is the United States, where ice wine is produced in several states, such as New York, Michigan, and Ohio. Most of the iced wine in the U.S. is made in the form of New York.

Which grape varieties are used for the production of ice wine?

Ice wine can be made from white and red grape varieties. Since ice wine originates from Germany, the most typical grape used for ice wine production is Riesling, while in Canada, Vidal. Chardonnay, Chenin Blanc, Pinot Gris, and Sauvignon Blanc are other white grape varieties used for ice wine production. As many winemakers are experimenting, ice wines are made from varieties such as Seyval Blanc, Kerner, Gewürztraminer, Pinot blanc, and Ehrenfelser.
Ice wines made of white grapes are more full-bodied than red wines and are of pale yellow or light gold color. 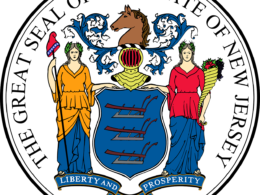 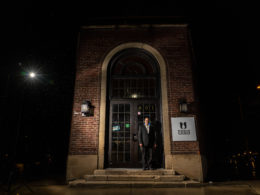 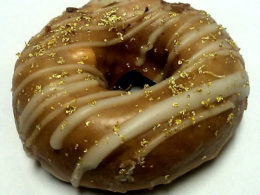 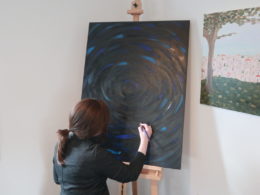