Made of 100 percent rye grain at times seasoned with apple, pear, or linden leaves, Starka originated in Poland and neighboring Baltic countries before the 15th century. Unlike American Vodka, it is aged extensively in oak barrels, ultimately rendering it more like whiskey or Normandy’s apple brandy, Calvados, both of which must be aged in wood, according to French and European Union regulations.

“It’s got the viscosity of single malt and looks like one too.

Those years of aging can be pretty extensive. Wódek Starka might be the best-known brand and its beloved 25-year-old expression, but the company regularly releases 50-year-old Starka, which currently has stock dating back to 1947.

Why You Never Heard Of Starka

With such a storied past, why is Starka not so well known beyond the former Eastern Bloc? Cold War politics kept Starka entirely out of the West until 1989, after which Wódek and many other companies that made Starka often had significant financial problems, including bankruptcies, despite having been highly “successful” enterprises under communism. 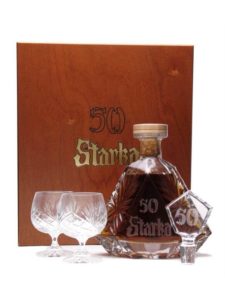 When you look at our inventory, you see enormous amounts produced in the ’50s, ’60s, and ’70s because they were politically connected.

That means most Starka connoisseurs come from the drink’s homeland or discovered it while visiting there.

Creating A Barrel At Birth For Every Occasion

“The story goes that when a child was born in the 15th, 16th, and 17th centuries — they’d pour rectified rye spirits into barrels used for Tokaji wine, seal them up with beeswax, and bury them until the child got married.

Vodka has long had a contradictory sales pitch: Brands all promise that their vodka is the best, but according to the official government definition for the spirit, vodka is “to be without distinctive character, aroma, taste, or color.” So does that mean that the best vodkas have the least character, aroma, taste, and color? And if so, what the heck are consumers paying for?

Vodka can have character, and it’s not just connoisseurs who have noticed. The Alcohol and Tobacco Tax and Trade Bureau (TTB) also realized it might have been misrepresenting the neutral spirit.

The TTB Past and Present Guidelines On Whats Vodka

Formerly, the TTB’s standards of identity read, “‘Vodka’ is neutral spirits so distilled, or so treated after distillation with charcoal or other materials, as to be without distinctive character, aroma, taste, or color.” It was short and a bit ambiguous.

The new definition is both more specific but also more encompassing.

“‘Vodka’ is neutral spirits which may be treated with up to two grams per liter of sugar and up to one gram per liter of citric acid,” the revision begins. “Products labeled as vodka may not be aged or stored in wood barrels at any time except when stored in paraffin-lined wood barrels and labeled as bottled in Bond… Vodka treated and filtered with not less than one ounce of activated carbon or activated charcoal per 100 wine gallons of spirits may be labeled as ‘charcoal filtered.'”

The TTB “sought comment on whether the current requirement that vodka is without distinctive character, aroma, taste, or color should be retained and, if this requirement is no longer appropriate, what the appropriate standards should be for distinguishing vodka from other neutral spirits.”

The TBB specifically highlighted a comment from Altitude Spirits which stated that the requirement “is no longer appropriate given the variety in base ingredients, flavors, and flavor profiles found in the diverse vodka category.”

Meanwhile, only two commenters said the definition should be unchanged—suspiciously “without explanation,” according to the TTB. And interestingly, two of the commenters who wanted the definition changed believed the TTB should go even further and allow the vodka to be aged in wood.

“Based on its review of the comments, TTB agrees that the requirement that vodka is without distinctive character, aroma, taste, or color no longer reflects consumer expectations and should be eliminated,” the agency wrote in its decision. “Vodka will continue to be distinguished by its specific production standards: Vodka may not be labeled as aged, and unlike other neutral spirits, it may contain limited amounts of sugar and citric acid.”

If you can’t age vodka? How do you get bottled in Bond, which means it is aged for years in oak casks?

The TTB decided to maintain the labeling rules concerning “bottled in bond” and similar terms because consumers continued to place value on these terms on labels. Imported spirits may use “bottled in bond” and similar words on labels when, among other conditions, the imported spirits are produced under the same rules that would apply to domestic spirits.

To maintain parity between whisky that is aged and vodka and gin, which do not undergo traditional aging, vodka and gin are required to be stored in wooden containers to use “bond” or similar terms. One of the conditions for the use of these terms is that the distilled spirits must be stored in wooden containers for at least four years. However, the wood containers must be coated or lined with paraffin or another substance to prevent the vodka or gin from coming into contact with the years. TTB specifically requested comment on whether TTB should maintain the “bottled in bond” standards, including those relating to gin and vodka. TTB received 14 comments in response to the request for comment.

Most of the comments favored maintaining “bottled in bond” as a term related to quality. Only two commenters recommended removing the term as confusing and irrelevant. Four supporting comments also responded directly to TTB’s request for comments on whether TTB should maintain the requirement that vodka and gin be stored in lined wooden containers if labeled as “bottled in bond.”

Roulaison Distilling Co., the American Distilling Institute, and DISCUS each supported retaining the bottled in bond standards and recommended removing the related requirement concerning paraffin-lining of barrels for storing gin.

The Kentucky Distillers’ Association recommended expanding the term for gin but recommended that TTB no longer allow the vodka to be bottled in Bond.

TTB Response Consistent with the comments, TTB is maintaining the regulatory standards for “bottled in bond” with an amendment to allow the gin to be stored in either paraffin-lined or unlined barrels.

This amendment is a conforming amendment to account for changes made in this final rule that would allow for the aging of gin. (See Section 8, Age Statements,
below.) TTB is not changing the provisions allowing vodka to be labeled “bottled in bond.” 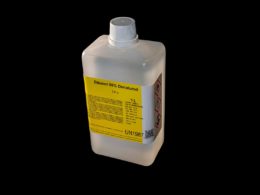 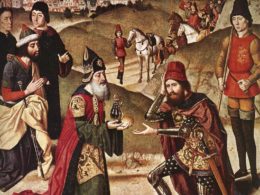 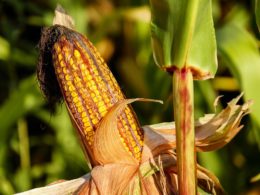