Alcohol blends have the advantage that up to a 10, 20, or even 25% concentration of alcohol may be used without modification to the engine.

The actual concentration that may be used varies with each engine type, but generally, a four-cylinder engine will tolerate a stronger blend than a six or eight.
Small single-cylinder engines, such as lawn mowers, can often be run on pure alcohol by merely adjusting the mixture control screw. Even with larger engines, slight modifications such as adjusting the carburetor and, perhaps, advancing the timing a little may allow the use of blends in the 25-40% range. If you are producing your own blend, you have the advantage of being able to use the cheapest gasoline available and ending up with a good, high octane fuel.

The disadvantage is that the alcohol you use must be perfectly dry. As will be discussed in the section on distillation, the highest concentration of alcohol that can be achieved by ordinary methods is 190 proof or 95%. In order to blend the alcohol with gasoline, the remaining 5% water must be removed. Several methods of removing this residual water will be discussed in Chapter 12, and one of them may be practical for you.

However, drying the alcohol does require a separate manufacturing step and the expenditure of additional energy.

The advantages of burning relatively pure 80-95% alcohol are several. First of all, because the drying step is unnecessary, you should be able to produce the fuel for less than the cost of gasoline.

Secondly, there will be little, if any performance penalty, and by leaving 5-15% or more water in the alcohol you also gain the benefits of water injection. The only disadvantage is the trouble and expense of modifying your engine(s) to burn alcohol and the lack of dual-fuel capability.

The principal engine modification is the enlargement of the carburetor jet(s). If you are a reasonably competent mechanic, you should be able to do the job in a couple of hours at a very small cost.

In addition to the carburetor jets, there is also the problem of cold starting. As mentioned earlier, alcohol has a higher latent heat of vaporization than gasoline and requires more manifold heat to keep the mixture in the vapor state. With most engines, there will be no problem that can’t be solved by installing a higher temperature thermostat since the engine runs fine as soon as it is warmed up.

However, the engine will be difficult to start, especially in cold weather. The easiest solution to this problem is simply to start the engine on gasoline and, after it has warmed up, switch to alcohol. To accomplish this, merely install a small gasoline tank located, perhaps, under the hood and a selector valve mounted in some convenient location near the driver.

It is my experience that it is also desirable to replace the automatic choke with manual control. Also, switching back to gasoline prior to shutting down the engine will aid in restarting. A more complex solution to this problem would be to install a priming pump and manifold heater glow plugs similar to those found on diesel engines. Other alternatives are to preheat the fuel or squirt an easily volatilized liquid such as pentane into the carburetor. The addition of about 8% pentane directly to the alcohol in the fuel tank will also solve starting problems in below-zero weather.

Another problem, also related to latent heat, is that of fuel distribution. Larger engines are more likely to encounter this problem than small ones. What happens is that there is insufficient heat to keep the fuel vaporized and some of it liquefies before it reaches the outer cylinders. This causes misfires and general poor performance. Simple solutions include insulating the intake manifold or installing a higher-temperature thermostat. Heating the fuel before it enters the carburetor also helps, as does heating the intake air.

The ultimate solution is, usually, to install multiple carburetors and a short-path manifold. However, you are likely to encounter this problem only in engines that
are, by some design fault, prone to the same poor fuel distribution with gasoline.

It must be stressed that, although most engines are easily converted to alcohol, each engine is different. Some people have been able to successfully run Volkswagens and Hondas on alcohol merely by adjusting the jets and playing with the timing a little. Others, especially those with older, ultra-high performance V-8 engines, have had to resort to more extensive modifications.

Alcohol engine modification is a relatively “rediscovered” field. To the best of my knowledge, there is no comprehensive information on the modification of specific modern engines, and there are no manufacturers making conversion kits. With all the interest in alcohol fuels, however, this should
change in the near future.

At present, though, it seems that modifications must be made on an individual basis. For those with special engines, there is good news and bad. Turbocharged engines present no special conversion problems once the jets, etc. have been enlarged. Alcohol and turbochargers then work very well together. Fuel-injected engines are another matter. To convert them can be a simple adjustment of the metering pump, or it can be virtually impossible. Very little data seems to be
available in this area.

The following are some specific guidelines to assist in the modification of a carburetor. Remember that there are many different types and makes of carburetors and that a certain amount of experimentation will be necessary.

First, of course, you will have to remove the carburetor from the engine, clean it, and disassemble it to a point where you can remove the metering jet(s). This will involve removing the air horn from the float valve and disconnecting any linkage.

Next, you must locate the main jet (or jets on a multithroat model). Most carburetors have removable jets. They are almost always brass and are threaded
into place.

Working the formula in reverse we get a diameter of 0.06087 inches. This is close to a #53 drill which is slightly too small. Since it is easier to enlarge a hole than to make one smaller, a wise choice for the first trial in this instance would be a #53 drill.

It will also burn the valves if left in this condition. On the other hand, if the hole is too large, the mixture will be too rich and you will waste fuel. It may be necessary to make several trials before the perfect jet size is found for your particular engine. In addition to the main jet, some carburetors will also require a slight enlargement of the idle circuit jet. This is accomplished in the same manner as above except that a smaller percentage of enlargement will usually suffice.

Note that this modification isn’t always necessary. Often merely backing out the idle adjustment screw will be enough. If the engine still doesn’t run properly, there are several other things you can try such as advancing the timing a little, disconnecting the vacuum advance line, and closing the spark plug gaps a little.

If you want to go the whole route, you can increase the engine’s compression by milling the head and installing high compression pistons because the alcohol’s high anti-knock qualities will allow compression ratios to 10:1.

Finally, if you have an engine where it is impossible to modify the carburetor, for one reason or another, (an excess of emission “plumbing”, for example) you can
usually replace your carburetor with an earlier model. Usually, the older the carburetor, the easier it is to convert. Also, it is possible to purchase adjustable jets for many carburetors, or your carburetor may already have such jets. Adjustable jets make it easier to change from alcohol to gasoline and vice versa should the need arise.

Alcohol injection is a third alternative for the utilization of alcohol fuel. It is similar to water injection except that alcohol or an alcohol-water mixture is injected into the engine. Since the water/ alcohol injection mixture ratio can be as low as 50/50%, a first-run product from a simple still can be used. This is a considerable saving because most of the energy used in alcohol production is expended in the distillation stage to obtain 95% alcohol. Another advantage is that engines with an injection system still retain complete dual-fuel capability. Finally, alcohol injection can be used with fuel-injected, turbocharged, and even diesel engines.
Figure 3-1: 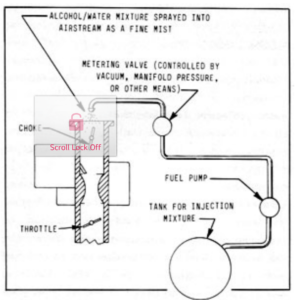 Figure 3-1 is a schematic of a simple injection system. The alcohol/water mixture is contained in a
separate tank and is fed, under a couple of pounds of pressure, to a misting nozzle located at the throat of
the carburetor. The mixture is metered into the carburetor airstream where it mixes with the air and
is taken into the engine. There are many ways of metering the alcohol/water mixture. For example,
it can be done by mechanically linking a metering valve to the throttle. Other methods include using
combinations of vacuum and/or manifold pressure. Whatever system is used, the metering system
should work in parallel with the throttle. That is, the flow of alcohol/water mixture should increase
as the load increases. Figure 3-2 diagrams a similar system for turbocharged engines. This is an
extremely simple system. The alcohol/water tank is pressurized by bleed air from the compressor on
the turbocharger. The mixture is metered into the turbocharger airstream by an orifice.
The size of the orifice is determined by individual engine requirements. The metering system
operates with the turbocharger. As the boost increases, more pressure is supplied to the tank and,
thus, more mixture to the engine. 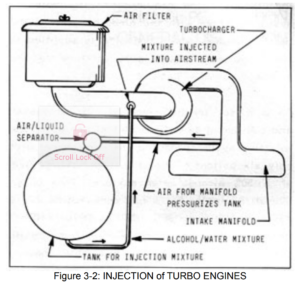 INJECTION of TURBO ENGINES
On a diesel tractor rated at 125 horsepower and consuming 8-1/2 gallons of fuel per hour, the
injection system produced the same power with only six gallons of diesel fuel and two gallons of a
50% alcohol/water mixture.

This is an overall saving of 6% in fuel consumption and a saving of
almost 30% in diesel fuel. Other benefits include trouble-free, automatic operation, increase in
available power, lowering of engine operating temperatures, and prolonged engine life. 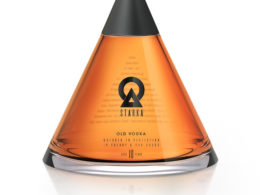 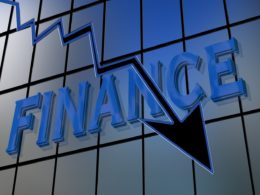 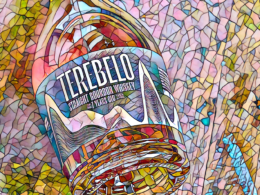 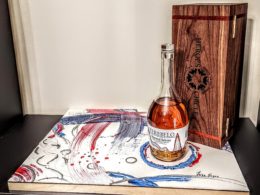