USDA released its annual outlook numbers = on the same day Russia attacked its neighbor Ukraine. If it had become a reality, USDA’s forecast would have had the potential to push new crop corn into the $4 – $4.50 this harvest. To achieve the nearly 2-billion-bushel carryout the agency predicts, the Brazilian safrinha (second) crop and the U.S. crop will need to grow near-record production.

However, this was a dream world, not a real-world estimate. With the war in Ukraine and the growing supply disruptions in the region, corn has already crossed $8 a bushel and can even hit $12.

In addition, the USDA’s estimate was optimistic, assuming an average or better than average growth; however, the corn crop planting acreage is already down 4% at  89.5 million acres in 2022, down 4% from last year.

Let’s not forget to mention that more corn is also being used as ethanol. We can safely assume you will see much higher bourbon prices soon.

Corn And The War In Ukraine

This past year Ukraine produced nearly 1.6 billion bushels of corn. Of the 1.6 billion bushels, about 1.3 billion were intended for export to China, the EU, and other global buyers. As the war continues, the risk of production disruptions in the coming months could dramatically reduce the country’s corn and wheat stocks.

Ukraine’s planting season corresponds closely to the United States crop calendar. Planting typically begins in early May, with harvest beginning in mid-September. The risk of delays of crucial inputs and labor to plant the crop can potentially put those exports in jeopardy.

If the Ukrainian crop is reduced by 25%, that could lead to an additional 400 million bushels of export business that the U.S. and South America would likely gain. This extra demand could put the U.S. carryout for the 22/23 corn crop similar to our current old crop stocks, where nearby futures are trading over $7.

That’s with decent weather. Any weather concerns could quickly put the U.S. balance sheet back to a scenario where we are talking about pipeline stocks which would require the market to ration demand and send prices over the $8 per bushel mark.

A simple example of a minor crisis such as a pipeline issue creating a jump in the price by 50% then think about war in Ukraine.

Last year a pipeline closure pushed nearby soybeans well over $17.

Three Best Ways To Invest In Bourbon And Whisky 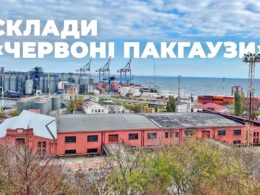 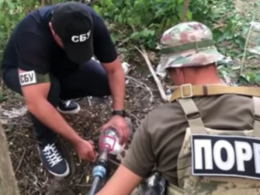 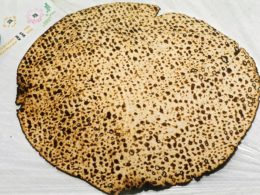